With all the different events going on in the world today, an obvious thing to consider before you travel is the safety of the country you will be in.

HOW SAFE IS THE RUSSIAN CAUCASUS RIGHT NOW?

From our years of experience, we have found that it is highly unlikely that you will be put in any danger in the North Caucasus region of Russia. Our two American representatives on the ground have lived a combined 9 years in the region with their wives and young children, and are happy to call it home. It is one of Russia’s most beautiful regions with a growing tourism infrastructure and is definitely worth visiting!

Here are some aspects of traveling in Russia’s Caucasus region that you may want to be aware of, both giving reasons why the North Caucasus is stable and presenting travel advice from our expertise and other travel advisories.

Russia continues to climb in world ranking of most visited countries by international travelers. In 2016, Moscow was listed in the top 10 cities in Lonely Planet’s Best in Travel ranking, as well as in the top 7 of National Geographic’s Best of the World list. The number of visas issued to American tourists has increased every year since 2014. Russia had the 9th-most incoming foreigners in the world in 2015 according to UN World Tourism Organization.

The same can be said for the North Caucasus region. The tourism infrastructure is being heavily invested in at the federal level, as the nation’s top ski resorts are in the North Caucasus, with more planned to be operational by 2025. Mt. Elbrus is Europe’s highest mountain peak, and is summitted by thousands of foreigners every year. What many foreigners are unaware of is how popular the North Caucasus region has been historically with Russian tourists, dating back to the 19th century, when many traveled here for month-long health treatments from the local mineral waters.

SAFETY OF TOURISTS IN THE PAST:

Tourism is a big part of the North Caucasus economy, and local people are very welcoming to those who are visiting. Caucasus hospitality has historically wowed both those in Russia and internationally visitors.

For those partaking in our adventure tours in the mountains, be assured that we only work with experienced, local guides who have the appropriate professional certification.

If there were to be any safety concerns while on tour in the Russian Caucasus, our local office and on the ground travel representatives would be available to help in any way necessary.

We have American representatives living in the North Caucasus. They constantly monitor the safety of Russia as a whole for all our travelers.

One thing you will notice driving from one beautiful Caucasus destination to another, is there are regular security “checkpoints” along the main roads. While these could be viewed as an annoyance, they are actually a sign of the Russian government’s desire to ensure the North Caucasus is secure, which we are thankful for and will always cooperate with.

Another thing to remember is that the North Caucasus is a part of Russia, a traditionally Orthodox Christian nation. While the majority of North Caucasus inhabitants are of Muslim background, most Russian Christians and Caucasus Muslims have lived peacefully as neighbors for many years now.

Here are some enlightening statistics from two of the top tourist destinations in the Russian Caucasus:

WHAT OTHER PEOPLE ARE SAYING:

It is always wise to consult your home country’s Russia embassy website, as some countries do have travel warnings about the North Caucasus. It is also important to realize that they must report all possible threats even if daily life and travel in the North Caucasus is unaffected by these issues. For perspective, places in the United States are also affected by terrorist threats (mass shootings, etc.) but are not necessarily reported as “dangerous to travel to.”

Here are what other sources are saying about their Russian Caucasus travel experience:

–Director of a 2017 British documentary film, who spent 3 weeks traveling across all 7 Russian Caucasus republics: “I was totally blown away by the warm local hospitality…To my surprise, it was the smoothest, most enjoyable journey.”

-American husband/father of family of 3, including his 14-yr. old son, who climbed Mt. Elbrus: “Climbing Mount Elbrus is a once-in-a-lifetime experience that should not be missed by anyone who loves the outdoors, a physical challenge, and the opportunity to meet and get to know not just Russians, but people from around the world.”

-Female university student from USA, Summer 2017: “If you are thinking of making a trip to the North Caucasus, traveling with Beyond Red Square is the best way to do it! They did an incredible job organizing each part of the trip. Every taxi, hotel, meal, and outing was a breeze and never once did I feel worried. Had I organized the trip on my own, I never would have been able to have such an amazing experience.”

WHERE IT ISN’T SAFE:

If you are concerned about safety during your trip to the Russian Caucasus, here are some practical tips for you:

-Avoid being in dark, isolated areas in cities, including back alleys.

-Exercise reasonable discretion with the amount of valuables you carry or jewelry you wear. As in any big city (especially Moscow/St. Petersburg), there might be pickpockets on the lookout for easy targets.

-Try to stay with with a travel companion! Our customized tours have personal drivers, guides, and translators that will be with you in case you need anything.

-If you are a woman, use extra caution in being alone.

-Avoid wearing headphones while jogging so that you remain aware of your surroundings.

As foreign guests are less frequently seen in the North Caucasus than in Moscow or St. Petersburg, and because of local traditions of hospitality towards guests, often tourists are treated with the highest respect and people go out of their way to ensure visitors have a good experience.

With all of these considerations in mind, we can say that the Russian Caucasus is a safe and worthwhile region for tourists to visit. Everyone who has visited us in the past has been deeply impressed with the incredible hospitality that they have received when they were here.

Have questions about the safety of the Russian Caucasus? Feel free to contact us or check out our customer testimonials. 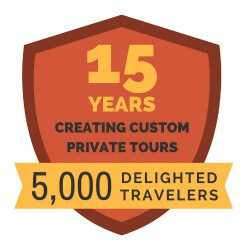 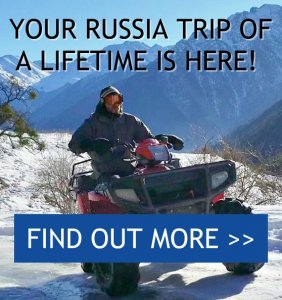